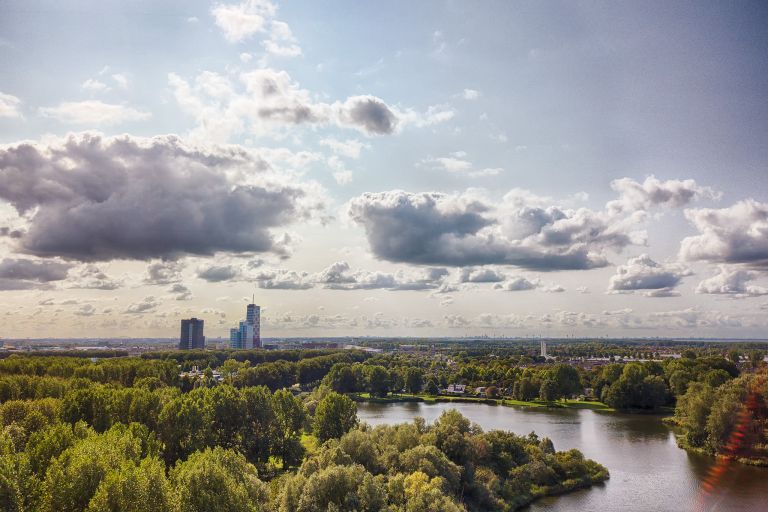 In the picture you can see the Hanny Schaftpark and lake Leeghwaterplas, while in the distance the high-rise of Almere city centre can be seen. Hanny Schaft was a Dutch resistance figher during World War II, she was also known as the girl with the red hair. She was executed by the Nazis just three weeks before the war ended.

Drone rules are quite strict, you're for instance not allowed to fly near groups of buildings. I wanted to photograph the city centre of Almere from my drone, but it's full of buildings, so I looked for nearby parks without a lot of people (another rule). 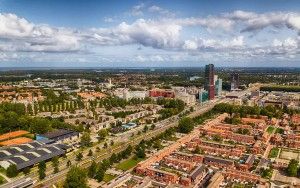 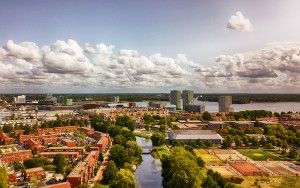 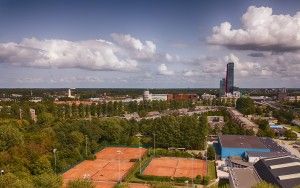 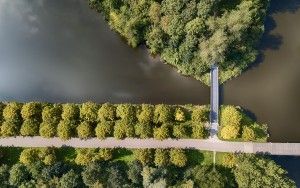 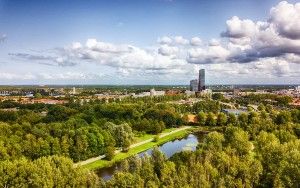 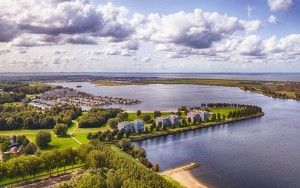 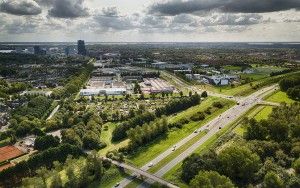 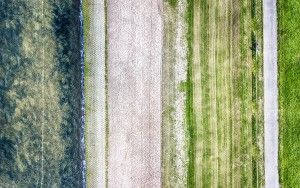 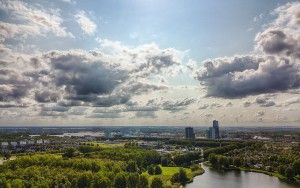 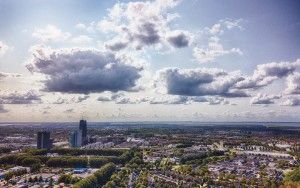 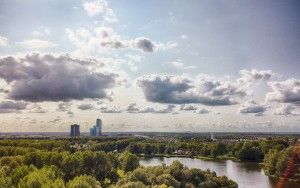